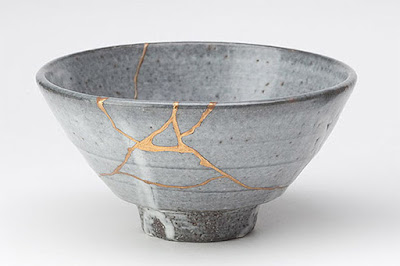 1.
A dear friend was talking about a breakdown she’d had that led her to quit her job. It was news to me and disorienting, since this friend and I are very close. How could I have forgotten something so important? I asked her what year it happened, but I already guessed: 2013.

2013: the months my husband and I were consumed and confused with worry over our son Noah’s mental decline, then devastated by his suicide. I was oblivious to everything outside our world of trauma. “I didn’t want to burden you,” my friend explained. I didn’t realize that Noah’s death had added yet another weight to her depression, even while this friend remained my wise and steadfast companion in grief.

One day I want to hear more about that breakdown. Meanwhile I wonder: What else have I missed in the past six years of missing Noah?


2.
Have you ever looked at family around a holiday table and felt cheered and disheartened at the same time? That’s how it was for me recently, excited to see our son Ben laughing with cousins at the “big kids’ table” but longing to see some flicker of resemblance or reference to Noah in their faces and conversation.

My husband asked our nephew to go for a hike and chop wood at our cabin. The young man knows he is a proxy; he let us borrow himself for a while. Our other nephew is always inviting us to visit him out of state, ready to make room for us in his life. He and Noah were a mutual admiration society who shared a taste for the wild.

Noah’s best friend came to see us with his new girlfriend, showed her the many photos of or by Noah in our house. We recounted the occasion of the photos in hushed, almost wistful tones; Noah’s story is passing into history. They stayed for hours. Noah’s friend offered up his youth, his travels and exploits to us, as there will be no more of those for our son. We, too, are surrogates for this young man as he searches our house and faces for reminders. Like us, he hopes we’ll drop a stray crumb that will close a gap in the puzzle, rekindle a memory. We're glad to see him happy, at peace, growing up—like Noah might have been by now.


3.
It took ten days for me to realize I forgot to visit Noah on Valentine’s Day. I usually shower paper hearts or rose petals on his grave or on his stone at the Children’s Memorial Garden. This year, I was focused on valentine wishes for the living. That’s natural as the years pass, you may say. But I’m not ready to cast off the little rituals that keep my child on my calendar and in my thoughts. As the years move on without Noah in them, I wish I thought of him more often than I do.

Today I brought a shiny red heart to Noah’s stone in the Garden and thought about regret. So many things Noah missed out on that might have led him to hope and healing. If only he’d stayed, he might have started meditating, read philosophy, found the right treatment, landed in a stable relationship, finished college, created something that made him proud—in short, had the chance to grow past 21. He could have traveled with his brother, rallied his grandparents, reconciled with me. Who knows what might have sustained him through suffering?

There is a crack in everything/That’s how the light gets in, Leonard Cohen intones in “Anthem.” If only Noah had heard this song and understood.


To my fellow survivors: How do you feel about the cracks left behind after suicide loss? Can you hold them with gentleness and love, imagine them filling with light? Maybe you’ve heard of the Japanese kintsugi tradition of repairing broken pottery with gold and prizing such pieces for their beauty, far more than perfect vessels. That is you now. That is us.
Posted by Susan at 6:11 PM