It’s been a long year since Noah’s 22nd birthday, just three months after his suicide. I am less in dread of dates now. I was not tormented weeks ahead in anticipation of his birthday this year. Instead, I was traveling to Paris and Berlin on his behalf, often grieving but not thinking of his birthday. Once home, I was too busy with the rush—or jet-lagged slog--of my own life. All I’ve managed to do in planning for his 23rd birthday tomorrow is to reserve a table at one of his favorite restaurants and wonder how I will spend the rest of the day.
Like last year, my husband went to the cemetery to talk to Noah. For me, the cemetery remains a painful place, suited only to marking and mourning his death. Maybe because I still cannot accept that Noah is there now, underground, forever silent and unmoving.
If I could, I’d go to the ocean for Noah’s birthday, to one of his favorite surf spots. It is by moving water that I feel closest to his spirit, whether by sea, river, or stream. I thought about him in France as I watched the rolling current on the Marne River, where he used to swim and kayak and feed the swans. The current of life that pulses onwards, whether straight and stately or wildly curving and crashing, to places known and unknown—the current he drifted away from and finally deserted when he jumped ship. The same current that carried a tiny homemade raft from his French memorial, laden with messages from friends and family there.
On Noah’s birthday, we’ll be home with our living son, his girlfriend, and funny little dog. We’ll be immersed in them and their lives, taking some of the sting out of the weekend. We’ll go to Noah’s restaurant and make a toast to him, but we’ll likely not dwell on his life or death. It might hurt or exasperate our living son to turn this precious weekend visit with him into intense mourning time for his brother. Noah’s birthday this year reminds me of how I need to pour my love and attention into mothering my living son.
Marking the birthday of a lost child should be about celebrating his life with the people, places, and things he loved, or that remind us of him, or that he would have enjoyed had he been here. Our family always made a fuss over birthdays and Noah loved it. We should let ourselves imagine what life would have been like had he recovered his health and lived. I imagine Noah a a 23-year-old college graduate, having made that cross-country drive west that he always wanted to do, working a summer job, going out a lot but sure to be home for his birthday BBQ with grandparents, cousins, and us—chasing the dog and the chickens, playing chess with his dad, maybe consenting to talk with his mother if I caught him at some magic moment. Growing up, seizing on pleasures, trying to find his way.
If only. If only we had a life to celebrate with normal ups and downs and a healthy son smiling at the table as we toasted him. Or even a suffering son smiling weakly but still with us, letting us love and help him as he fought his way upstream and back into the flow.
But we have only memories, the good ones still hard to dredge up through the muck of grief, anger, and bewilderment. Even our fantasies of what might have been will likely fade as the years move past the child we knew, frozen in time on the cusp of 22. 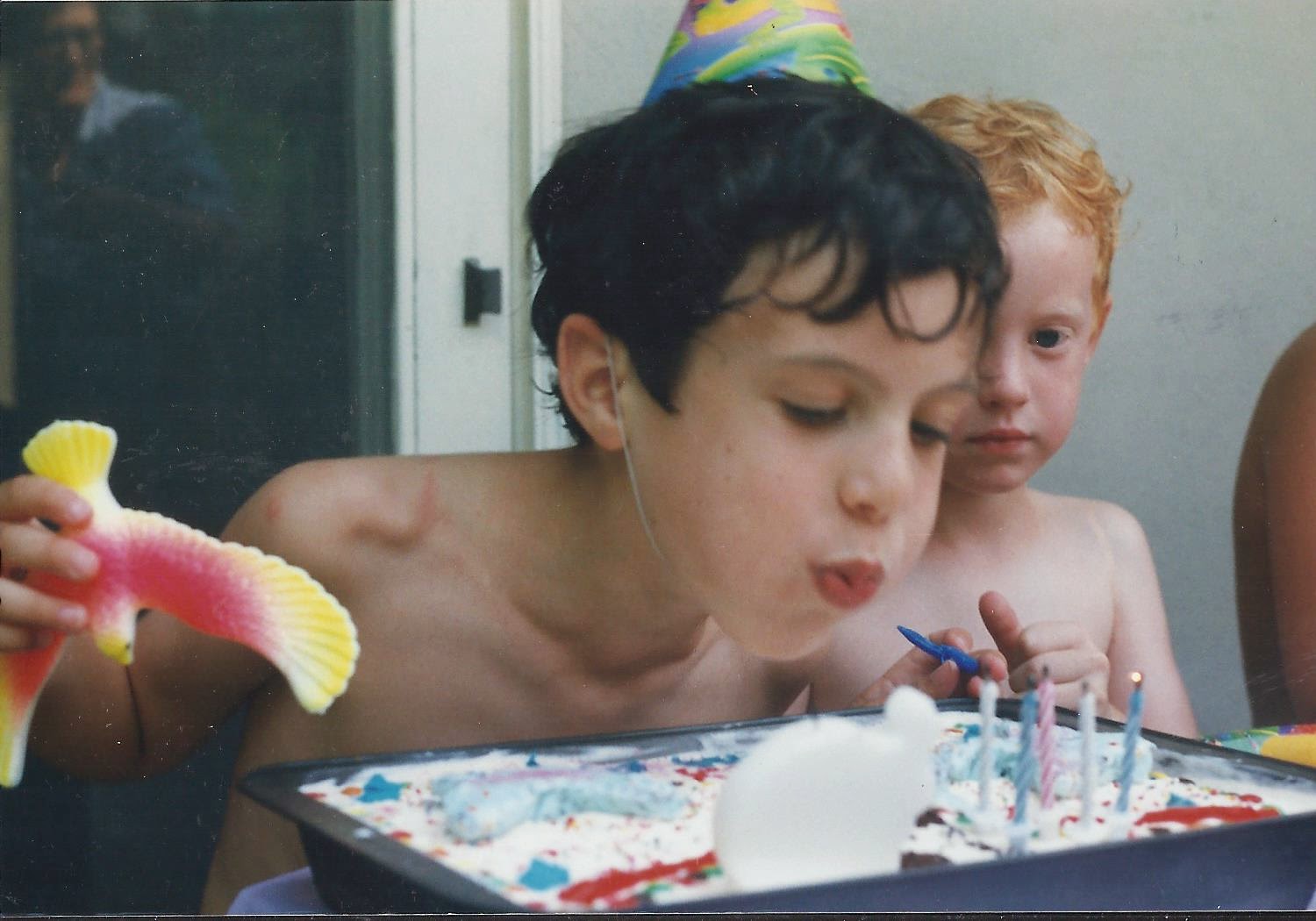