I missed this year’s International Survivors of Suicide Loss Day , which I’ve attended religiously for seven years on the weekend before Thanksgiving and recommended to many new survivors. The event brings us together to remember our dead, process our grief, and reconnect with community at a time when it feels like everyone else is celebrating. Survivor Day has been a touchstone for me since losing my son Noah.

This year instead of focusing on my loss, I was pursuing one of the life-affirming new directions that has grown out of it: I was at a poetry writing workshop led by a favorite poet, Ellen Bass. When I first heard about the workshop and realized it conflicted with Survivor Day, I only hesitated for a moment; then, I chose writing. Poetry and prose have been precious vehicles for my grief since losing Noah, so I knew going to the workshop wasn’t a total departure from talking and thinking about loss. And reading grief poems, like those in the excellent anthology, The Art of Losing: Poems of Grief and Healing, has inspired me to cultivate my own mourner’s voice.

I first discovered Bass through her poem, “The Thing Is,” which we had read aloud at Noah’s memorial. It’s still one of the most stark and honest expressions of grief that I know, yet somehow also hopeful:


The Thing Is | by Ellen Bass


to love life, to love it even when you have no stomach for it and everything you’ve held dear crumbles like burnt paper in your hands, your throat filled with the silt of it. When grief sits with you, its tropical heat thickening the air, heavy as water more fit for gills than lungs; when grief weights you like your own flesh only more of it, an obesity of grief, you think, How can a body withstand this? Then you hold life like a face between your palms, a plain face, no charming smile, no violet eyes, and you say, yes, I will take you I will love you, again.
Much of the poetry I’ve written since Noah’s suicide in 2013 has been in the key of grief. “Poetry is the spontaneous overflow of powerful feelings,” Wordsworth famously wrote; “it takes its origin from emotion recollected in tranquility.” Powerful feelings I’ve proclaimed in spades, though not always from a place of grace. Still, I believe even emotionally raw poems are worth writing—and maybe some, worth reading.

Two poems that I wrote a few years ago were recently published in a literary journal for medical professionals called Please See Me, which aims to humanize the doctor-patient relationship.  The theme of the issue was Pain. “Takeaway” comes from a dream I had shortly after Noah died that rewrites the script of the day of his suicide; that poem probably wouldn’t meet Wordsworth’s bar. “Tending the Shrine” comes from a more reflective place of regret.

A newer poem, just out in Greensboro Review, uses the cento form, altering and arranging lines from other people’s poems to form a new composition. The lines and structure of my “Grief Cento” came together effortlessly from the dozens of grief poems I’ve been collecting—and living--as if channeling my experience through well-known poets’ voices. One of the lines in my cento is from Ellen Bass.

For a while now, I’ve cherished the dream of publishing a chapbook of poems about Noah as both tribute and testament. At the workshop, I found myself writing about my mother’s death and my fraught relationship with my father, who also died by suicide. Maybe there’s room in the chapbook for other expressions of loss. Meanwhile, there’s so much to learn about crafting poetry and about writing in different tonalities, beyond the key of grief.

The blessing of this Thanksgiving was hosting a young cousin who Noah adored. Four years older than Noah and infinitely cool, Gabe led him on adventures in surfing, cooking, hiking and travelling. Having Gabe with us at the table after a few years’ absence made it easy to share childhood stories about Noah, like his awe at Gabe’s daredevil skateboarding and firecracker setting. I was grateful for the chance to bring Noah’s name and memory so easily and lovingly to the holiday table.

On their way to our house on this rainy Thanksgiving, friends saw a huge rainbow that spanned the city of Los Angeles. I wish I could have seen it. I wish Noah could have seen the beauty and serenity that can follow in the wake of a terrible storm, like his biblical namesake did. Since Noah’s death, I’ve decided to take every rainbow—even the little prism of colored light on the floor of my yoga studio--as a sign of Noah’s spirit. How he dazzled us with his conversation, talents and passions. How he surfed, transfixed, in the vastness of sea and sky. How his short life spanned worlds. 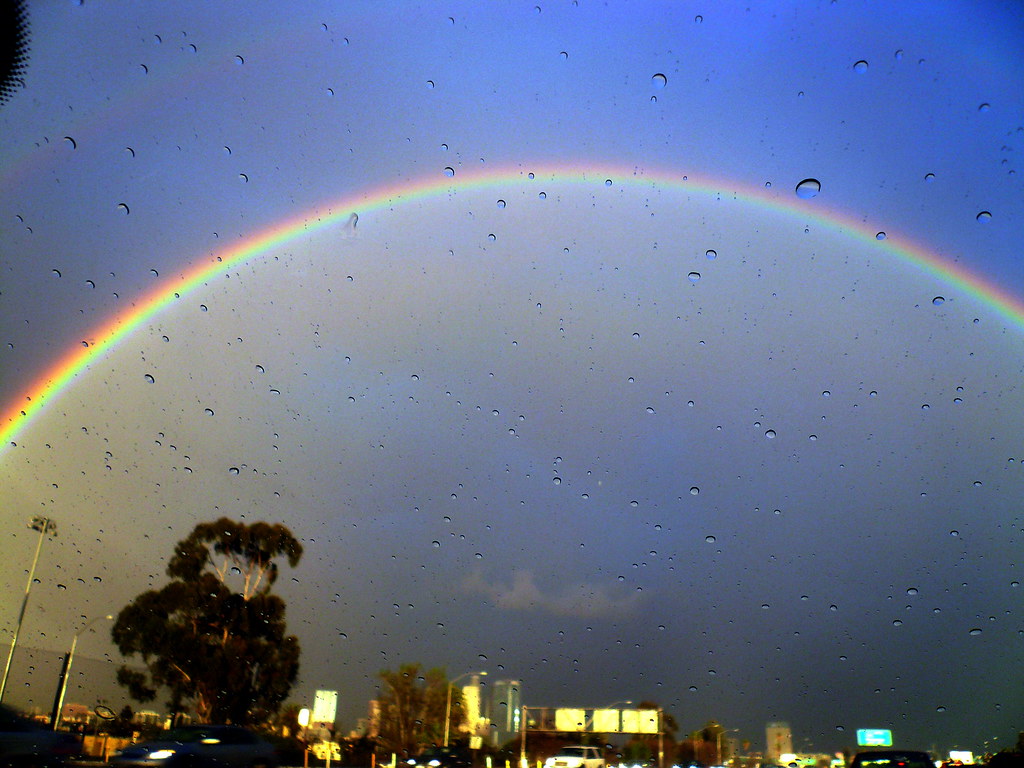 To my fellow survivors: Wishing everyone hope,
healing and openings for shared memories in this season of light.
Posted by Susan at 8:13 PM