Waiting for the Dove 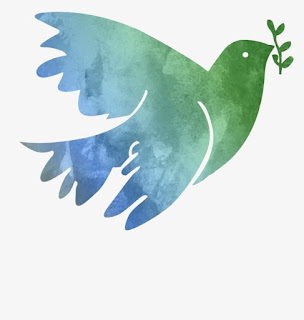 I recently returned to a retreat center in the dry California hills where I first learned to pray.


It was 2012 and I was consumed with worry over my son Noah’s worsening depression. “Have you tried praying?” the rabbi asked and seeing my startled expression, offered a formula that seemed instantly right: May you be blessed with peace, joy, lovingkindness, compassion, and wholeness. The prayer became my mantra, calming my rising panic about Noah.
I revisited the retreat in 2013 after Noah’s first psychotic episode. And again in 2014 nine months after his suicide, peeled raw with grief and shock.


This year at the center, walking through the rustle of pepper trees into the silence of the hills, a new mantra fills my head: This is where I learned to pray. This is where I came after my prayers failed. This is where I still seek solace for my broken soul.
Because I'm still convinced it wasn’t really my prayers that failed so much as myself as a mother, unable to predict or prevent my child’s suicide. The burden of self-blame has lightened with time, shifting toward regret, but I’ll always carry it with me in some form.

Looking up from a yoga session at the retreat, I notice a Chagall print on the wall with a line from Genesis: And Noah sent out a dove. I flash tears. Our Noah was so bereft in the last year of his life that he didn’t have the faith or patience to launch a dove, wait for its return, and navigate to safety. Maybe if, like the biblical Noah, he had gathered up the animals he loved and held on… if he’d let their earthy smell and solid flanks brace him against the storm… if his beloved old Wags had still been alive for him to lay down beside—he would have felt the life force stream back into his heart.


“I wish Noah had stuck around long enough to find something that worked for him,” a good friend of our son told us. She struggled for several years before landing the right therapist and treatment. Now she seems transformed, both more hopeful and more wise. She had the good fortune to endure until the dove appeared—or until she could see and seize it.
The retreat is full of parents doting on their young children with full attention, like my husband and I once did with our boys. A father tries to contain his squirming toddler in his lap; a mother hunkers down on the carpet to draw with her five-year-old. They are, thankfully, oblivious to possible peril ahead. They don’t know that the most devastating, least foreseen danger for your child may come from within.

I pray for these parents and for families everywhere, including my fellow suicide loss survivors: May you be blessed with peace and joy. And for those who, like Noah, feel trapped in desperate straits: May you find the strength to hold on. May you be visited by a dove that brings you back to yourself.