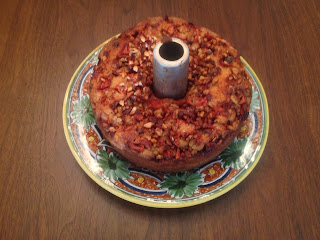 My husband has been making apple cake just about every week for the past few months. He’s not much of a baker, so he’s been experimenting. It started with a bumper crop of Fuji apples on his parents’ tree and a quest to recapture the moist, Old World simplicity of his grandmother’s apple cake. There were pie-like and coffeecake creations, from barely to super sweet, from the Jewish New Year to Thanksgiving, till he found the taste and texture he wanted. The apples have a fermented tinge that melds with the richness of the dough and the char of roasted nuts. Wherever we went recently, we brought an apple cake, and people marveled over it, as if reminded of their own grandmothers.


Our son, Noah, loved to cook and to eat. He practiced flipping crepe-like Norwegian pancakes at age eight. He got serious with French bread and tarte tatin as a teenager, when smitten with all things French. I picture his tall, skinny frame hunched low over the kitchen counter with some delicate operation, like overlapping apple slices just so, giving it his full attention. He and his cousin devised elaborate pizzas, and he perfected the art with an Italian friend. He made pizza, omelets, dumplings and pasta dishes for friends at college. He was almost as good as his dad at making latkes, the fried potato pancakes of Chanukah—most memorably on an outdoor grill on the deck of his host family's houseboat near Paris, where he lived as an exchange student.

A few hours before his death nine months ago, Noah made himself a toad-in-the-hole toast and egg breakfast. My husband couldn’t see why someone who was planning to kill himself would bother.

Maybe my husband has been channeling Noah’s spirit spending so much time in the kitchen. Or maybe it’s part of his deep need to nurture and connect with living things, stronger now than ever. Since losing Noah, he’s spent a lot of time gardening, picking apples, canning, cradling our chickens, and hiking with the dog. Noah would have adored his dad's apple cake, just as his brother does.

Meanwhile, I feel listless in the kitchen these days. I’ve botched some dishes I’ve been making for years with careless mistakes.  I don’t have the patience for new recipes or even for my usual improvisations.  Everything seems way too complicated.

When Noah was at home the last three weeks of his life, I tried to make nice meals as often as I could in the hopes of pleasing him or inducing him to linger over dinner. He seemed mildly moved to be at Shabbat dinners on Friday nights with wine, challah bread, candles, and blessings; there was a glimmer of feeling on his face that we hadn’t seen for months. Once, I convinced him to make felafel together, but I couldn’t get him to try a new baguette recipe or do much of anything with me in those weeks. He was already too far gone, from me and from life’s pleasures. So it’s no wonder I’m avoiding elaborate operations in the kitchen; they remind me of my beautiful boy and all that we couldn’t share at the end of his life.

What I would give now just to sit down to a simple meal with him . . .

Tonight, we will bring an apple cake to a potluck of suicide loss survivors as part of the Recipes for Healing theme of the event. I’m looking forward to the comfort food and stories that others have to share. If you’d like my husband’s apple cake recipe, it is here ; use a little less sugar and pass it on. And feel free to post your comfort food recipes and stories.
Posted by Susan at 4:04 PM